Christophe Chartier, co-founder of Immersion: from Bordeaux to Singapore 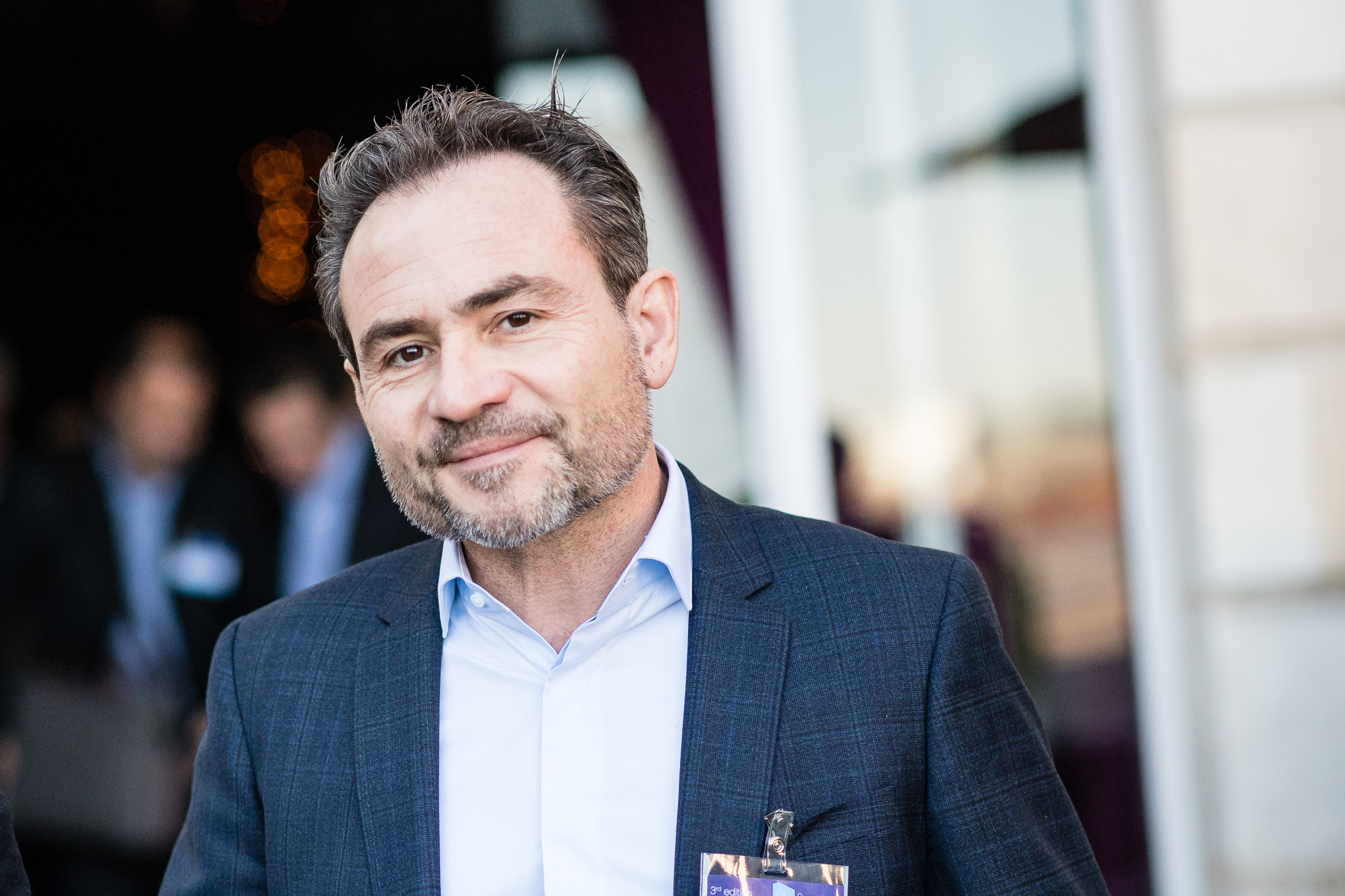 “European expert in virtual reality, augmented reality and collaborative solutions for industry and research”. This is what Immersion proudly announces on its website. And indeed, it is one of the pioneering companies in the field of immersive technologies in France. Since its foundation in 1994, it has known and gone through all the evolutions of the sector. Portrait of this major player in VR/AR through the eyes of its co-founder and CEO, Christophe Chartier”.

26 years of experience in virtual reality

In 1994, Christophe Chartier, “27 years old and nothing to lose” decided to create his own company. At his side to start this new adventure, Guillaume Claverie. Both of them were not familiar with virtual reality: “It was really the beginning, at the time we were the only ones. When you look back to 1994, it was inconceivable. The Internet didn’t even exist”. It didn’t stop the two friends who therefore created Immersion, inspired by a book, simply entitled: “Virtual Reality”.

This book was written by two professors, Grigore Burdea of the Massachusetts Institute of Technology and Philippe Coiffet of the Paris Robotics Laboratory. “Reading this book inspired us, even though I didn’t have the capacity to understand everything! But what I felt was this ability to put on a headset and be in a digital environment. It’s really extraordinary.“

Then everything went very fast. Christophe and Guillaume contacted the people mentioned in the book, while putting together their first catalogue of virtual reality products with gloves and helmets, among many other products existing since the 1950s. “These headsets and devices were imported and sold to research centres, industrialists and academics. We grew up with them, observing and discovering the uses of these technologies, the possibilities.“

Rising among the biggest

Very quickly, Immersion asserted itself with the biggest companies. In the years 2002, the company became involved in large scale projects, notably on a European scale. At Citroën’s request, for the launch of the Xsara Picasso, Immersion provided 70 simulators and 60 headsets. “It was a world first, and therefore a big buzz. It was also a major turning point for us, it helped to anchor the DNA of innovation“. In the meantime, the company has grown from 5 to 15 employees, and has considerably increased its activity by initiating customized projects.

Ten years later, the company began to develop more standardised solutions. “It was a new turn, we started selling a software that was the result of research projects on decision support in crisis management: Shariiing.” The ambition is brand new: to produce a real industrial software, “which was not our initial profession”, as Christophe Chartier rightly points out. To take up this new challenge, the team started looking for financing, and Immersion was listed on the stock market on January 5, 2016. This was linked to the creation of a software division led by Grégoire de la Rivière, previously at Dassault Systèmes. From there, Shariiing has evolved a lot, to become today a collaboration tool.

A major actor and an expert about immersive technologies

Today, Immersion defines itself as “experts in immersive technologies for 26 years”. There is a reason why Christophe Chartier participated in the creation and development of the Laval Virtual exhibition. “I was contacted by François [d’Aubert, Secretary of State for Research then Mayor of Laval, ed.] because he identified us as a player in the field. We contributed to the first year of Laval Virtual, and have been there since 1999. We were also at the beginning of this great initiative.”

And this beautiful adventure is not over yet. The new ambition of Immersion is international. 10% of its revenue comes from the export activity. The first region of the world targeted by Christophe Chartier: Asia. “Because we already have customers there.” The company has also opened an office in Singapore, in the middle of the health crisis, to assert this international ambition. A person on site, Aurélie Duhamel, is in charge of Shariiing’s commercial development in the ASEAN zone. Immersion also exports to Malaysia, Thailand, and soon Canada. “The challenge is to promote the international deployment of products that are scalable.” But the Bordeaux-based SME also wants to continue to feed its innovation-oriented DNA. Immersion represents 20 patents registered, which are also exported abroad.

With about 45 employees and a revenue of €7 million in 2019, Immersion is certainly a major player in the French and European immersive landscape. The health crisis has not stopped Christophe Chartier and his team, who have transformed constraints into opportunities to refocus their development objectives. “At Immersion, we are convinced that the role of innovative technologies is to put people back at the heart of decisions”.