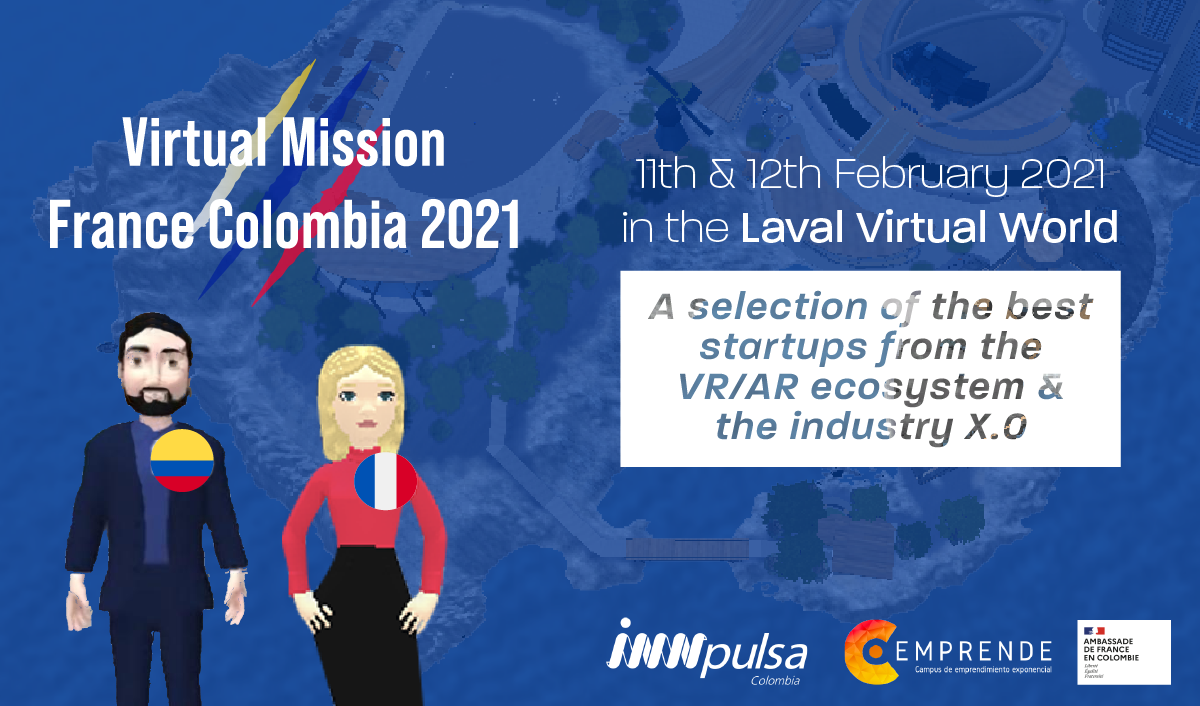 The best Colombian and French startups gathered in the Laval Virtual World.

On February 11-12th, the first virtual mission between France and Colombia will be held in the Laval Virtual World. For the first time, the Laval Virtual association travels to Latin America. The ecosystems of both countries will have the chance to meet and exchange on immersive technologies.

A first step in Latin America

After its development in Europe then in Asia, Laval Virtual is going to Latin America. On February 11-12th, the association will organize the first French-Colombian virtual mission about immersive technologies. As part of C-Emprende and iNNpulsa Colombia, and with the support of the French Embassy, the French and Colombian XR ecosystems will benefit from networking and business moments.

The event will take place in the virtual world of the Laval Virtual World. This French-Colombian virtual mission represents the first global example of virtual exchanges between two countries. With this event, Laval Virtual wants to increase its presence in Colombia and in Latin America, to help strengthen the Colombian entrepreneurial ecosystem.

During two days, 15 Colombian startups have been selected to take part in the event. They will have the opportunity to discuss together, but also with 15 other startups of the French XR ecosystem. Among the French actors: Inod, Targo, Boarding Ring, L’Effet Papillon, ArtofCorner ; all regulars at the annual Laval Virtual exhibition.

Several matchmaking and networking moments are planned throughout the event to encourage meetings between professionals. The other part of the programme is dedicated to the presentation of French and Colombian XR companies. Innovation players from both countries will give panels and conferences on the immersive market of France and Colombia. An event to facilitate exchange between both ecosystems.

Worth reading...
The 23rd edition of Laval Virtual to be held in July 2021