A history of artificial intelligence 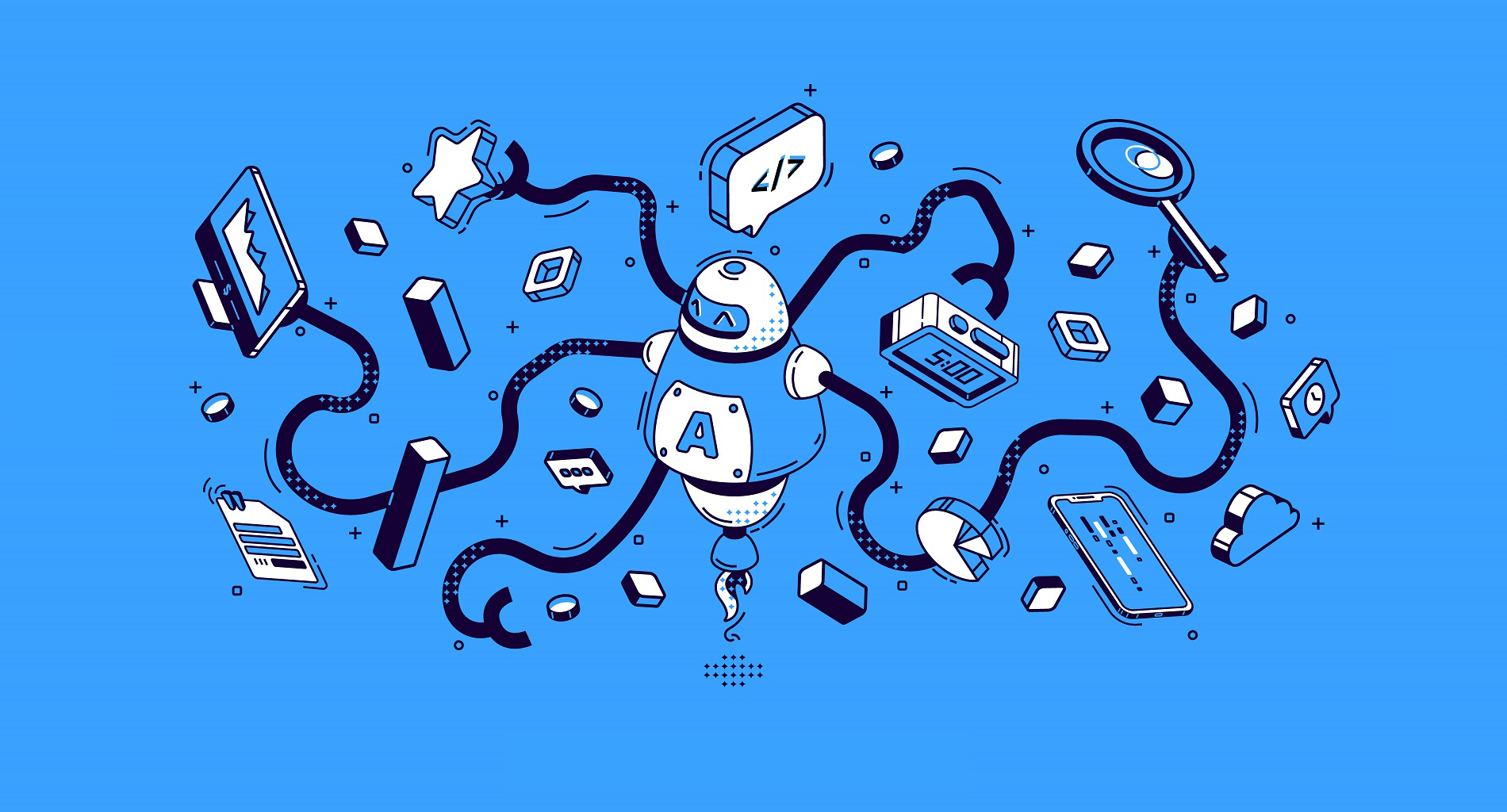 Artificial intelligence has a long and fascinating history, beginning in the 1950s.

Between major discoveries and periods of disillusionment, battles between the supporters of the symbolic current and those of the connectionist current, Artificial Intelligence (AI) has a long history. Over the last ten years, thanks in particular to power of computers and access to phenomenal data, AI has made an incredible step forward and constantly pushes back its limits. Here is a chronology of the major accomplishments.

Between technological advances and disillusionment

In his article “Computing Machinery and Intelligence” published in 1950, the brilliant Alan Turing and pionneer of artificial intelligence (which he called machine intelligence at the time) proposed to answer the following question: can a machine think?

The « Imitation Game » inspired him, very popular at the British parties. In this game, a man and a woman hide in two different rooms, and must convince the guests they are the other by answering in writing the questions asked by the audience. For his test, Alan Turing replaced one of the humans by a machine. This test didn’t win unanimous support but nobody found a better answer to this question today: can a machine think?

If we had to pick a starting point in the story of artificial intelligence, Dartmouth could be it. Indeed, during this conference, the word “artificial intelligence” was used for the first time to describe this new domain. This 6-day event gathered about fifteen scientists including several who became major players in AI: John McCarthy (LISP language creator, pionneer of cloud computing), Marvin Minsky (cofounder with McCarthy of the Artificial Intelligence Group of MIT), Allen Newell and Herbet Simon, among others, who all won the Turing prize!

Attempt to imitate the internal mechanics of the brain with the creation of the first artifical neural networks called “perceptron”. Thanks to this process, its inventor, the American psychologist Frank Rosenblatt, simulates the learning abilities of the human brain on a computer. An important progress in the history of artificial intelligence and the beginnings of machine learning.

In the United States, a team of the Stanford Research Institute (SRI) developed Shakey, the first mobile robot who is able to reason on his own actions. Standing on three wheels, Shakey looks like something out of an old SF movie. But it is yet a true breakthrough for AI and robotics (its corollary): treatment of natural language to understand human instructions, research algorithms to follow its own tracks, sensors and computer vision to interprate the environment, a system of planification to prepare the next actions… The beginnings of autonomous cars.

The rise of the connectionist movement and the revival of AI

Frenchman Yann Le Cun developed the first convolutional network technique with his laboratory AT&T Bell Labs. He achieved his first success with the recognition of the digits of the postcode on packages. The US Postal Service will make the first industrial use of it. A worldwide deployment of cheque reading software, based on this technology happened in 1996 in all banks. In France, Crédit Mutuel de Bretagne was the first user.

1990: Creation of the Loebner prize

Contest initiated by the inventor Hugh Loebner with the Cambridge Center for Behavioral Studies. The goal is to drive research forward in the field of artificial intelligence. Objective: to make machines pass the Turing Test!

On 11 May 1997, Garry Kasparov, having already won against previous versions of Deep Blue, lost the sixth set, confused by a move he could not understand. Deep Blue then won in just 19 moves, leaving Kasparov shocked in this very public match. AI had just made history! The IBM Deep Blue supercomputer, with its 1.4 tonnes of computer hardware, is above all a victory for Machine Learning and revives interest in Artificial Intelligence, which had long been neglected.

The consecration of the 2000s

In 2004, DARPA (the US Defense Advanced Research Projects Agency) launched its Grand Challenge for unmanned and autonomous ground vehicles. The rules are simple, the vehicle must move autonomously and cover a circuit in less than 10 hours without a hitch to win 1 million dollars! The following year, the SRI’s Stanley robot won the competition against 22 other vehicles.

2007: An ethical charter for robots

Inspired by the rules written by novelist Isaac Asimov in the 1940s, South Korea has introduced a Robot Ethics Charter. They state that “robots must not attack humans or allow humans to do harm. Robots must obey humans, unless it conflicts with the first law. Robots must protect themselves if it does not conflict with the other laws“.

IBM’s Watson wins Jeopardy against the game’s two most successful contestants and wins $1 million. Having beaten the world chess champion, IBM is now taking the game to the next level with natural language understanding and semantic analysis. With its 15 TB of RAM and 2,880 processors, Watson is a real supercomputer.

Headed by the unavoidable Frenchman Yann Le Cun, Facebook Artificial Intelligence Research (FAIR) has several branches around the world, the largest being in Paris (80 people). This shows the great interest of the GAFAMs in AI. Apple, Google, Microsoft, and Amazon are not left out in view of their acquisition of AI-oriented startups or the number of OpenSource projects made available on GitHub. China with its BATX also remains in the race, its goal is to catch up with the United States by 2025 and become leader by 2030.

After beating Fan Hui, the French and European Go champion, the British company (bought by Google in 2014) is creating a buzz by beating the South Korean Lee Sedol, one of the best players in the world, thanks to its artificial intelligence programme AlphaGo. This victory of the machine against man in a complex, age-old strategy game has a very strong media echo and had many repercussions. Firstly, it consecrates the advent of deep learning. Secondly, it has opened up new and previously unthinkable avenues in the practice of Go. Finally, it will have the effect of awakening China in the race to master AI.

Cédric Villani, Fields Medalist and member of parliament for a French political party, has published his report on Artificial Intelligence to “draw up a roadmap” and recommends three areas of work for France: training and developing research; facilitating access to and sharing of data; and ethical AI (bias, diversity, impact). France is adopting a well-defined vision and strategy.

Artificial Intelligence has a very rich and rollercoaster history that does not stop, of course, in 2018. Indeed, every day, new announcements are made about new investments, new uses… A search for “Artificial Intelligence” on the Google will convince you. Many questions about society remain unanswered: data, bias, environment, etc. In this story, they should not be forgotten under the pretext of technological progress. 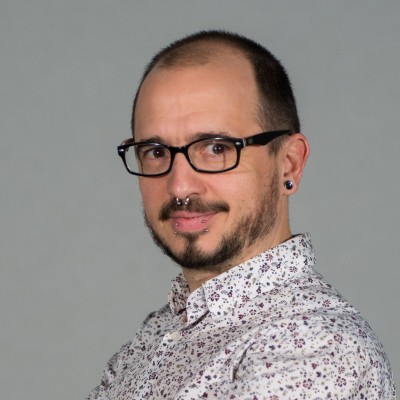 Artificial Intelligence, Virtual Reality, Quantic Computing... are revolutionising or will revolutionise our society. Simply curious and fascinated by these new technologies, I share here my knowledge while trying to have a lucid and critical look.