How does virtual reality relieve health and medicine? 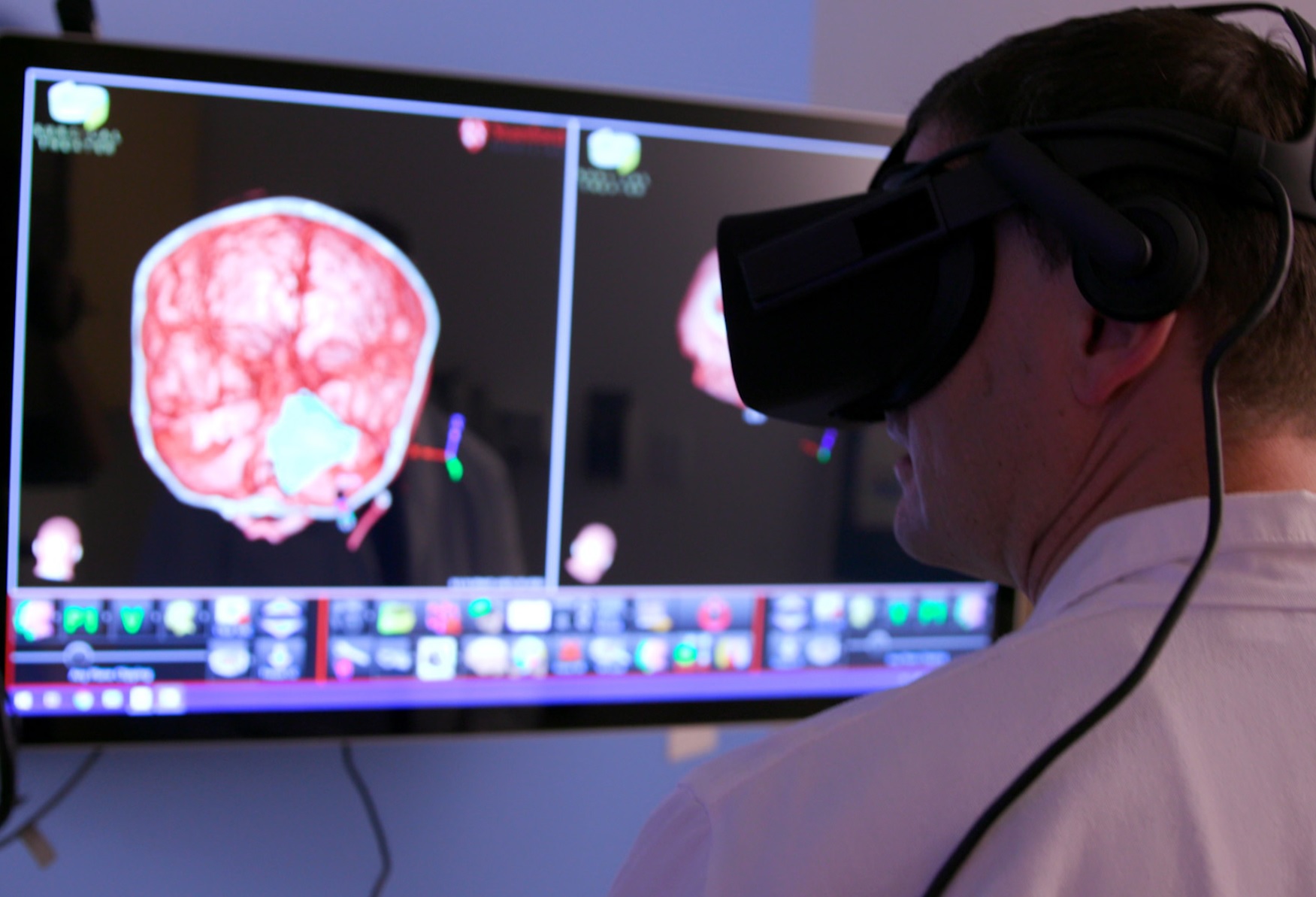 The VR/AR market has identified 9 main uses in the field of health and medicine.

Health is one of the most promising sectors in terms of virtual reality and augmented reality. For several years now, the benefits of immersive technologies have proved to medical professionals. How has virtual reality breathed new life into medicine? How has it enabled considerable progress to be made more rapidly? Laval Virtual has identified 10 use cases that help medical professionals and patients on a daily basis.

The VR/AR market has identified 9 main uses of virtual and augmented reality in the field of health and medicine. Immersive technologies are today perceived as a medical device, a tool for therapy, diagnosis, training, mediation, medical assistance, rehabilitation, awareness raising and for predictive medicine. Thus, many uses are continually emerging in the medical sector. Research laboratories carry out in-depth scientific studies that demonstrate the contribution of virtual reality. Although it is almost impossible to make an exhaustive list of all the uses of VR/AR for health, we are able to identify some major contributions.

Mental health, a pioneering field in the medical use of virtual reality

When virtual reality first appeared in the health field, one of the first uses that health care providers made of it was as a treatment for phobias. In VR headsets, patients were shown images of their phobia in order to teach them how to deal with it: this is called exposure therapy. From the very first cases of use, therefore, virtual reality was mainly applied to mental health. Today, several experiments have been carried out and immersive technologies continue to help patients with psychological disorders.

The C2Addict tool immerses the patient in a virtual universe where he is confronted with his addictions: alcohol, drugs, games, etc. This situation should make them want to use or not use drugs. The environments have been designed to enable the assessment, treatment and prevention of relapse risks. Virtual reality therapies obtain better results and a higher rate of therapeutic engagement than in vivo therapies.

The use of virtual reality in mental health has also led to the emergence of training courses for future medical staff. When you are a student, you learn technical medical gestures, but the relational part is sometimes missing. However, in psychiatric medicine in particular, the relational aspect is very important. Sage Publishing and Somewhere Else have developed a virtual reality experience that recreates a realistic interaction between a psychiatric nurse and a patient suffering from depression. This allows the carer to develop empathy, build up self-confidence, and above all learn to adapt their speech according to the patient and the disorders from which he or she suffers.

Towards new treatments thanks to virtual reality

Virtual reality therefore serves as a therapy but also as a treatment for certain illnesses. NeuroStorm, a neurotech company, has developed an algorithm that reduces the tremors associated with Parkinson’s disease. This algorithm detects the patient’s tremors in real time in order to cancel them in the virtual environment. The patient then has the impression that his tremors also stop in the real world, and can engage in activities that he can’t normally do. Studies have been carried out to determine whether the fact that the patient sees his or her static hands in the virtual environment has a therapeutic impact. Scientists have observed very positive results.

In the same way, Nirvana is a totally immersive system, applied to the neuromotor rehabilitation of patients suffering from neurological disorders. Targeted disorders are those that appear following a stroke, Parkinson’s disease, cerebral palsy or autism. The system, which uses virtual reality, creates different scenarios on the walls or floor of a sensory room. The patient interacts with the stimuli provided. The aim is to involve the patient more in the rehabilitation process, which becomes a stimulating and fun experience.

On the other hand, virtual reality can help to design drug treatments. The American start-up Nanome has created a platform for design and scientific collaboration. The software environment helps speed up decision-making in the scientific community by allowing users to visualise, modify and stimulate biological and chemical components. During the COVID-19 crisis, Nanome’s software was used by researchers around the world to assess the ability of antibodies and small drug molecules to bind to the virus’ proteins. The start-up hopes to help reduce the time it takes to design an effective drug and thus enable scientists to stay one step ahead.

Immersive technologies are a tool to improve mediation between patient and doctor; for example, in the context of a neurosurgical operation. These are usually very complex interventions to perform, but also to apprehend for the patient. Surgical Theater has created a tool that allows the surgeon to visualise his operation beforehand. It also allows the patient to see how the doctor will intervene and how the operation will be carried out.

Virtual reality is a mediation tool during the operation as well. It helps to reduce pain during medical examinations. The idea of virtual reality is to remove all visual and auditory stimuli related to pain. They are replaced by more peaceful and reassuring images and sounds through a VR headset. The Flowly application, for example, helps to reduce chronic pain and anxiety.

In addition to mediation, virtual reality is a great tool for raising awareness and generating empathy. The Schizolab experience allows you to put yourself in the shoes of a patient suffering from schizophrenia. In this way, the user can better understand the emotions he is experiencing. It is also a way of helping those close to the patient to better apprehend the symptoms, which are sometimes confusing for the family.

For the doctor too, virtual reality has a lot to offer. In particular, it is a visualisation tool. In the United States, Dr. Zachary Steinberg uses a VR headset and software to prepare his heart surgery operations. In one particular operation, Dr. Steinberg was able to see what was blocking the blood vessel and to what degree. He was also able to prepare the path he would take during the operation.

But in the age of COVID-19, immersive technologies are also being used to link the patient and the doctor in order to establish a diagnosis. The Miiskin company has released an application for dermatological self-examination in skin cancer prevention. The patient takes pictures of his skin, moles, and sends them to a health professional. This application is a remote monitoring tool.

The health crisis has shown the importance of immersive technologies in the health field. More than just a patient support system, they now help doctors to treat, operate and diagnose. In some cases, they represent a real tool for advancing research. Coupled with cutting-edge technologies such as artificial intelligence, virtual reality is an ally for medical professionals.