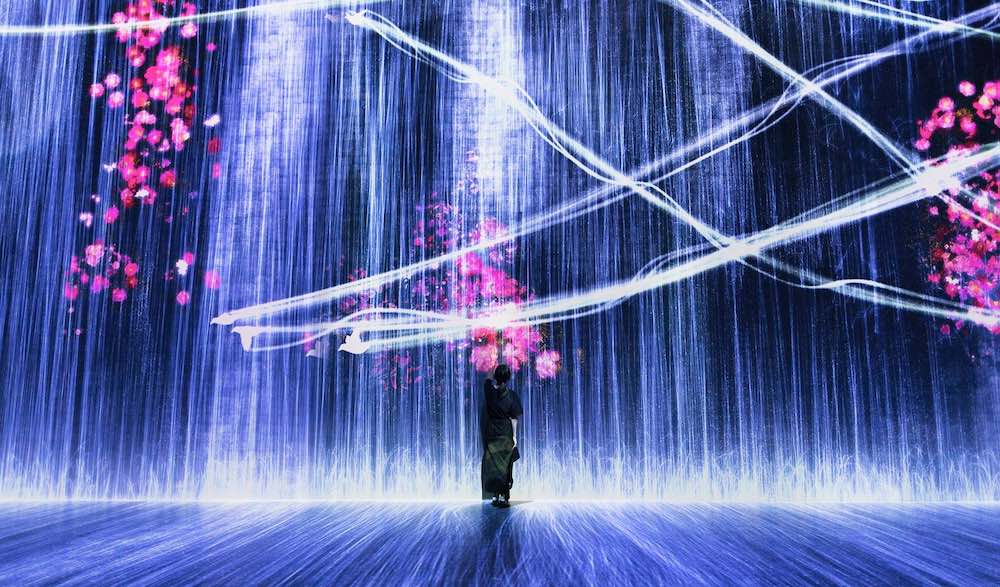 Digital art practices have been particularly highlighted with the pandemic, but have existed since the 1950s and 1960s.

A specialist in digital arts for over 20 years, Maxence Grugier questions and observes its evolution. During his intervention at the Recto VRso festival last April, he spoke about the emergence of virtual museums during the pandemic. What is his expert point of view on the digital transformation that has occurred in the field of art? Interview with the journalist, who analyses its evolution since the 1960s.

Can you introduce yourself in a few words?

I have been a journalist specialising in digital art practices for 21 years. I am also an independent curator of cultural events. I assist artists in their work, their approach and the writing of their projects. I regularly intervene as a moderator in conferences focusing on the relationship between art and science and between digital cultures and art.

Initially, I was lucky enough to be able to become editor of my own magazine, Cyberzone, which I created in 1998 – at the time of the birth of the Internet. I quickly became interested in how information technology would change the way we live. I was convinced that we were entering a new digital age. At the time, the Internet allowed you to create your own media, which was fascinating! I thought there was great potential and a revolution in terms of usage, in the way we consumed culture. A whole culture was drained by the arrival of the internet, like body art and electronic music. For me, the digital arts also emerged through this medium.

After the magazine disappeared, I started writing for Le Monde in a column called “Le Monde interactif”, as well as for the techno culture magazine Coda. Then with Laurent Diouf and Anne-Cécile Worms, we created MCD, the Magazine des Cultures Digitales. It was the first and only media on digital arts at the time. So I’ve always had this passion for the arts in general; I even studied art history. So naturally I was interested in new art forms.

What fascinates you about digital arts? Is it the possibility of exploring various technologies such as artificial intelligence, robotics, etc.?

What has always fascinated me, and still does, is re-appropriation. For example, you can see choreographers taking over a Nao robot and playing with it to create potential new choreographies. At the Théâtre Nouvelle Génération in Lyon, the director Joris Mathieu created a play without actors and with robots for industrial use and 3D printers. Hard sciences such as robotics and artificial intelligence are now part of these artistic practices, and give rise to frank collaborations between art and science. We see a lot of creativity in virtual worlds, video games, digital cinema. Moreover, digital artistic practices are very connected to our society. They highlight its ultra-technical aspect while at the same time criticising it.

Art is a very diverse field, and above all it is evolving, with new forms emerging regularly. Today, what different typologies do you observe? Should we separate digital art and contemporary art?

In the early 2000s, digital art and contemporary art were clearly separated. For me, digital art is an art of use: we use neo-technical objects (phones, tablets, software) to make something artistic out of them. So these two disciplines have been quite separate for the last ten years, but less and less so. Today, contemporary artists want to talk about these digital societies. And the digital artists, for their part, want to join the more conceptual and theoretical themes that touch on contemporary art, and to get closer to certain issues such as the environment. These two schools tend to come together today.

The artists themselves are moving away from the term “digital art”. This term has no meaning today, because digital is the tool. Artists have been wrongly labelled as digital, such as photographers, choreographers and directors, just because they use technology in their artistic practice. This designation tends to distance so-called “digital” artists from contemporary art, even though they are entirely part of it today.

As we have seen, digital art practices have existed for a long time, but they became known to the general public in the 1980s and 1990s, with the appearance of Net Art. What do you think?

Digital art even appeared before that, in the 1950s and 1960s! It was the time of the first computers and the first attempts at algorithmic compositions. There was even an “algorithmic school” that emerged in the 1960s in Eastern European countries with people like Vera Molnár, an artist of Hungarian origin, born in Budapest in 1924, who is a precursor of digital art and algorithmic art. There was a big exhibition in Budapest that highlighted art created by machines. And then there were the “Algorists” in the 1990s indeed.

When computers became popular in society with the arrival of personal computers in homes, and then the Internet, there was a boom in digital creation. Artists took up these techniques (computer graphics, home studio, etc.) and found themselves with new tools. Some of them created very strong visual universes. It was at this time that the very flashy and slightly dated graphics of the 90s appeared. Today, the actors and artists of the digital and contemporary arts speak about the society in which we live. They are interested in gender issues, the possibilities offered by virtual universes, environmental and ecological issues. At the beginning, there was a lot of enthusiasm, naivety and a crazy desire to create with new media. Today, we find ourselves in a process of deception about the world, with a lot of upstream reflection on what these technologies can bring us, and what they have taken away from us.

Recently, there is an increase in artworks with online artworks, or digital installations that are presented online: does this have an impact on the way artworks are created in general?

Being forced to stay at home alone for a while made me want to work on the subject of the pandemic or to think about immersive devices to get together, like during the Laval Virtual World. But for some time now, I have had the impression that everything that happened during this period is disappearing. It’s not a period you want to remember. People want to forget, to go back to reality. Contrary to what you might think, we haven’t totally switched to digital.

So yes, the pandemic has changed the way we work, the way we communicate, the way we see the world. But in the end, the first thing people did when they came out of containment was to go back out, disconnect and get back to the real world. Having worked a lot on the streaming phenomenon, I realised that artists were not going to take that road. Some artists even went digital by default, because it was the only solution during the pandemic. There were obviously some exciting works during the Recto VRso festival, but in the end I wonder if they would not have been born, even if there had not been the pandemic.

With the development of online art, the viewer is now facing a screen to observe an artwork. What does this mean for the viewer’s reception of art?

Obviously, when you see an Andy Warhol work in a book and then in person, you don’t perceive it in the same way. It’s the same with digital art. I’ve been visiting a lot of the virtual museums that have sprung up lately. On the one hand, I found them impressive because they were very well designed. And it allows people who never go to museums to access works. It’s a very interesting approach. But having visited Chroniques [the Biennial of Digital Images in Provence, France], for example, in real and virtual form, we don’t have the same reception of the work at all. Digital technology is a new medium, but the virtual version does not replace the real work.

How has the viewer’s relationship with online art changed since the 1990s? Are they more of an actor today?

Today there are many more immersive artworks, participatory artworks and artworks where you enter a virtual universe entirely. The place of the spectator has obviously changed. They are not only actors, but sometimes also creators. In some pieces, the spectator can play the work differently simply by moving around or moving. Even in the fine arts, there are attempts to create more immersive exhibitions. It’s a trend that’s spreading to all artistic fields.

Can digital art go even further?

This is a very complex question, which requires us to look at areas not related to art. First of all, there is the problem of miniaturisation. Today, we can no longer make smaller chips. The other problem, which is much more urgent, is the planet’s depletion of rare metals used to produce technological parts. We are no longer able to manufacture as much equipment because some of these essential parts are missing. Finally, will we be able to do better, more immersive, more amazing, more virtual? This is a geopolitical, economic, scientific and technical question, which may put a brutal stop to current production.

On the other hand, we realise, particularly in the field of video games, that there is a real desire to create incredible worlds, with, for example, connected sensor systems that will allow the player to feel vibrations. For the moment, these are gadgets on the order of 4D cinema, but they could be interesting in the years to come for gamers and therefore artists.

But there is also this phenomenon of digital artists who no longer make digital art! For example, Barthélemy Antoine-Lœff, who was a digital artist who worked with screen recycling, has created an iceberg sculpture (“La Manufacture Poétique d’Icebergs Artificiels“), which is nursed for months to keep growing. His work is a reflection on the impact of global warming on the melting of the icebergs, but also on us as a species helping our planet to live when it was the other way around at the beginning. And it also makes you think about all the energy spent to save this planet. These practices are emerging more and more. It is a counterpart to the over-technological digital arts.

Worth reading...
Jeanne Susplugas illustrates stories about the lockdown