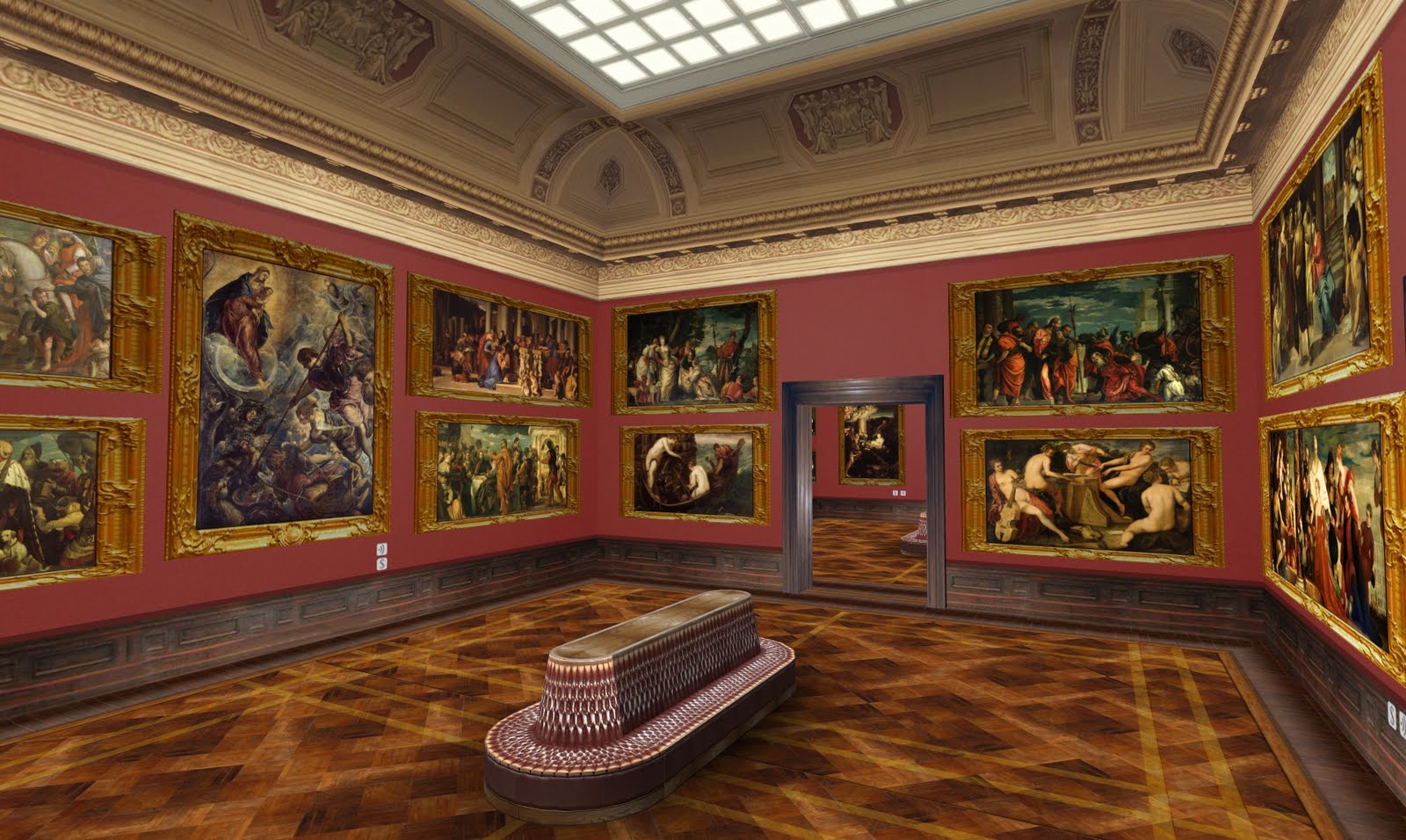 Virtual reality is becoming more and more popular in the field of culture and art, allowing new experiences of visits but also of creation. The integration of virtual reality questions the traditional approach of museums and leads to their reinvention. Suzanne Beer, Associate Professor of Philosophy and Professor of Digital Arts at the University of Paris-Est Marne-La-Vallée, gives an overview of this new phenomenon by presenting her work and proposing a classification of virtual museums.

A book on the question of the identity of virtual museums

Presenting my book, Virtual Museums & Museums Realities, in the context of Laval Virtual’s international virtual reality exhibition, and more precisely Recto VRso, the artistic part initiated and directed by Judith Guez, led me to focus more on the XR and 3D side of my study. The book is written on a theoretical level that starts from a voluntarily very generalist point of view, to ask the question of the identity of virtual museums, sought after because of all the definitional variety they have known since the beginning of their history in the early 90s. This focus loses the question of the documentary filmmakers that virtual museums can only be documents and not real museums, complements, never substitutes.

Real/Virtual axis: complementarity and substitution, the challenges of virtualization

As the axes of the various conferences of Recto VRso, the plan of the relationship between virtuality and reality is not lost. On the contrary, it is at the heart of the XR. The reflection on virtual museums in 3D and VR thus enters on the same level and is anchored in this questioning. If the iconoclastic answer has been lost, the question of the denaturation of the original works by their transposition into digital media is preserved. The problem posed by the reproductive, representational aspect of virtual museums is clearly apparent, even in virtual museums that present natively digital works. The solutions found this year have shown that simulation develops worlds quite different from the real world in which the work must be interpreted in VR. Thus, a reproductive mode is introduced, not a duplicate mode.

Complementary relationship: the virtual museum as an addition to the real museum

We provide an overview of the variations of the complementary relationship. According to this report, any virtual museum exists only as an added part of a real museum.

The major museums have equipped themselves with 360-degree tours of their spaces either by their own means, such as the Hermitage Museum, the Louvre, or by their inclusion in the Google Arts&Culture project, as is the case for most of them. The VR takes us into the spatiality and materiality of real museums, as in the visit to the Atelier de Bourdelle, in which photogrammetry makes it possible to reproduce in high resolution the appearance of the sculptures from all angles.

Complementarity by developing the meaning of the museum object

Real museums have a great need for digital media to develop an understanding of their objects. The virtual parts of real museums give voice and life to the real and imaginary objects of museums in the physical world. The rockets of the Spaceflight Museum in Second Life can be visited, while they no longer exist and are not exhibited in the museum spaces of the Smithsonian Institute in Washington. Each avatar can explore the universe on his or her own.

Complementarity by developing the meaning of the imaginary museum object

The imaginary beings of science fiction novels and series is a major challenge for museums of literature, an art in which the fiction carried by the verb unfolds in a purely mental way. In Hollywood and Washington, D.C., science fiction museums are building analogical museographies. VR and 3D in persistent worlds as on Second Life bring an immersion in the worlds which makes them habitable, brings them a reality.

Complementarity by exploring the imaginary world of a painting

Although painting has the advantage of giving an image of the imaginary world that is immediately perceptible, contemplating the paintings is a pleasure that goes far beyond visual sensations alone to enter, if not into a narrative world, then at least into a horizon of meaning. Visiting a painting as if we were living in its fictional space in 3D or VR is another dimension of the complementarity brought by virtual museums. A visit to a painting by Dali, or a trip to the Isle of the Dead in a 360-degree production of Böklin’s painting, brings a sensitive and intelligible experience of exploration of the artist’s digetic world.

Complementarity by bringing existence to the heterotopic and the heterochronic

XR modes also serve as important opportunities for real museums, such as in archaeological sites or in innovative experiences connecting real and virtual museum visitors. A real museum can, finally, give itself a window into the virtual world to complement its real existence, and in this case, the relationship with the museum architecture is the contribution that makes this complementary relationship possible.

Substitution relationship: the real museum replaced by a virtual one

According to the substitution relationship, the virtual museum will take the place of a real museum in a mode of empowerment. The real/virtual relationship is enriched by playing with the modes of existence of beings. Thus, a substitute virtual museum can replace a real museum in a temporary, punctual way, but it can also be deployed in such a way as to replace any real museum. The substitutive mode replaces museum realities in a way that plays on the various attributes of existence.

In the first case, the virtual museum can replace a real museum as a virtual replica of existing museums. For example, the Second Art Galleries in Dresden on Second Life is a substitutive replica of the existing museum in the eponymous city. The existence of the substitute has a reality because this replica was built with a certain autonomy from its real model. There is a particular social life, and a cultural existence mediated by a motricity freed from the constraints of gravity.

Virtual replicas may pre-exist future museums, whose reality is possible. These virtual museums project real (but not currently real) museums. The Virtual Museum of Gabon is a pre-existing replica of a real museum to come, just as the prototypes of real exhibitions in the “university” part of the Museums of Moya Island, also on Second Life, are the prefigurations of very real exhibitions is planned – or to be planned.

Mode of replication of post-existing museums

Virtual “postexisting” replicas present virtual duplicates of disappeared museums, of places that no longer exist and cannot be returned to existence. The copy on Google Arts&Culture of the National Museum of Brazil in Rio de Janeiro replaces the real museum that burned down completely.

The substitution relationship can also be general when virtual museums aim at existence exclusively in virtual worlds. Some virtual museums think of themselves in the virtual medium as allowing the existence of exhibitions that are impossible to realize with the physical constraints, as in the case of the UMA (Universal Museum of Art) by Jean Vergès, which takes up the conception of the Musée Imaginaire de Malraux. There is an active curatorial activity, proposing temporary exhibitions on artistic themes combined with break-ins to real spaces and temporalities.

Yann Minh’s Noomuseum brings the visit in a virtual world closer to a visit to the theatre of memory to create a guided tour touching on mental spaces from an experience in virtual spaces.

The institutional aspect in an alternative 3D and VR virtual museum is present in the project of the AMDM (Adobe Museum of Digital Media), which wanted to be an institution of digital art in the virtual world.

The virtual museum as an instituted real museum without tangible reality but with a ubiquitous existence associated with complete sensoriality is targeted by the Kremer Museum, which has chosen to present its photogrammetrically digitized collection of Flemish art to the world public in VR rather than in a geographically localized installation. SCAM’s virtual museum may fall into this category if it is considered that the members’ desire was indeed to provide their collections with a real museum space exclusively in 3D.

Where is the correlation between substitution and complementarity?

Finally, the categories of complementarity and substitution can be correlated in a particular way, as in the case of a virtual museum in VR that aims at a complementarity initiated by the virtual part. This is the case of DiMoDa, a virtual museum of works of art in VR by Alfredo Caro and Robertson, which combines a production in VR with an exhibition in real places and for a limited time.

It is clear that this presentation is only a selection of the whole typological research of my book, which undertakes to capture the phenomenon in an exhaustive way, up to the closest moment of its publication in March 2020, just before the lockdown. I give the date of the research’s closing, because the figures of virtual museums are constantly evolving, it is impossible to have a fixed image of what looks like a virus. All the more so as the transformation of life due to the health protection measures caused by COVID-19 generalizing the need for substitution surely brings new perspectives in this field, if only by the construction of the virtual museum of Recto VRso. 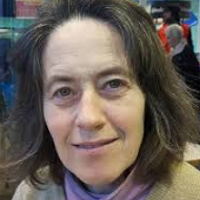 Aggregate of philosophy and doctor in aesthetics, science and technology of arts. Author of a doctoral thesis on virtual museums, I also created prototypes. I continue to study this field in numerous publications.