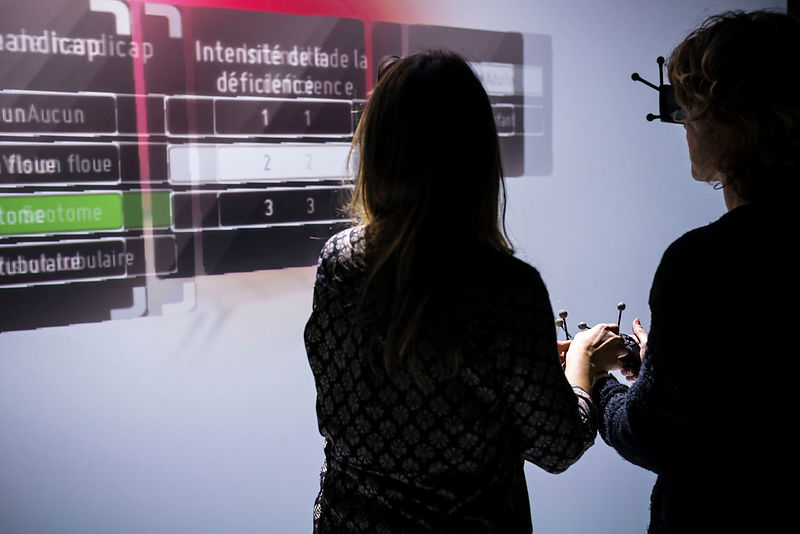 In the last edition of the Special magazine produced by Laval Virtual’s Business Intelligence team, several use cases present the progress of VR/AR in healthcare. The 128-page magazine is written by players of the medical, scientific and VR/AR fields. In this special edition, Abdelmajid Kadri, doctor and engineer at Arts et Métiers, presents the projects led by the Laval Institute on healthcare and particularly therapy.

The “École Nationale Supérieure d’Arts et Métiers” (ENSAM) is an engineering school historically rooted in the landscape of the French Engineering “Grandes Ecoles”. It is part of an approach to developing a technological engineering school serving the industry of the future and four main societal challenges (transport, housing, energy, health).

ENSAM has an original structure as a single national, territorialized establishment, carrying out its missions on 11 sites in France (8 campuses and 3 institutes). Activities in the field of health and disability are notably carried out within the Laval Institute. The Laval “Presence and Innovation” team, led by Simon Richir, is developing skills in the design of therapeutic applications based on virtual technologies. It is involved in numerous projects concerning, among others, awareness, stimulation and cognitive re-education (AccesSim, Sensivise, EHPAD, AGATHE, …).

The design of accessible buildings and environments requires the consideration of both prescriptive and usage-related aspects. Indeed, normative aspects are in some cases insufficient or sometimes contradictory with reality and require an adaptation of accessibility rules for access to the services offered by the environment. It is therefore necessary to check beforehand that the environment is going to meet the needs for which it was created.

The aim of the project was to explore and develop ways to raise awareness among the general public and decision-makers of the difficulties faced by people with reduced mobility in their daily lives and to enable expert centres to assist in the design and assessment of accessible environments. The aim was to create a hardware and software solution, enabling expert centres such as CEREMH to work with architectural or urban planning firms to assist them in the design of accessible environments, and possibly to certify them.

Realistic wheelchair navigation in 3D environments is achieved through a force feedback platform that can accommodate all types of wheelchairs. This research project was funded by the Ile de France Region and has been approved by the Move’o, System@tic and Images et Réseaux clusters. It also received the Laval Virtual Awards, in the Transport & Mobility category, during the international virtual reality meetings in Laval.

Visual impairment  affects about 2 million people in France and nearly 300 million people worldwide. The objective of this project was to raise awareness of the difficulties encountered by visually impaired people in their daily lives.

To do this, we designed a virtual environment of the apartment type with several rooms, in which the visually impaired person can evolve and interact. During his visit, we can disturb his vision by simulating visual deficiencies (blurred vision, scotoma and tubular vision), of varying levels. After having confronted the user with the difficulties of visual impairment and having informed him/her about the different types of pathologies, we propose simple adaptations of the virtual environment (contrast, lighting, dimensions, …) to help him/her in his/her virtual visit.

After this experience in the skin of a visually impaired person, the experimenters are better aware of the difficulties encountered by their visually impaired relatives. They also have ideas on how to adapt their common living space, using simple and inexpensive tricks to put in place. These adaptations do not change anything in the daily life of people without visual impairments, but greatly help people with visual impairments. The first version of this application was developed in partnership with the Haut Thébaudière institute for the visually impaired and financed by Dassault Systemes‘ “passion for innovation” program. A new version is currently being developed in collaboration with StreetLab.

Physical and cognitive stimulation: “Stroll at the EHPAD” project

The Stroll at the EHPAD project is part of the context of the aging of people and the decrease in their physical and cognitive capacities. The progressive installation of dependency leads people to live in EHPADs (Establishment for Dependent Elderly People).

Dependent elderly people need to relax, “replenish” their batteries, move around, change space, and so on. Limitations due to their impairments and the necessary logistics do not allow them to perform enough of these activities. The project ” Stroll at the EHPAD ” aims to offer them adapted and accessible physical and cognitive activities, thanks to virtual technologies.

Dependent elderly people are immersed in different virtual environments and interact with them using a connected exercise bike. Immersion in these environments provides well-being and relaxation to users, while ensuring physical and cognitive activity to preserve their autonomy as much as possible.

This research project was financed by the Laval Agglomération “Réalité Virtuelle et Situation de Handicap” support fund. It led to the creation of a startup, Cottos Medical, which now markets Cycléo, a bicycle simulator for seniors in retirement homes.

Impaired cognitive function is a major factor in loss of autonomy and dependency. Rehabilitation is a global process in which evaluations and interventions follow one another. Traditional rehabilitation methods are based on an analysis of deficits and/or prolonged confrontation with everyday life situations. This approach is cumbersome and often insufficiently effective. The individualised methods that are most appropriate are costly in terms of time and clinical resources. Too many patients are excluded from access to care. It is therefore necessary to find adapted and customizable tools that can be used by everyone and more often, from the specialized centre to the patient’s home.

The benefits of VR in addressing this important public health problem are now scientifically recognized, but the availability of commercial solutions is almost non-existent. The AGATHE project has enabled the design and development of an original tool for cognitive re-education aimed at activities of daily life and autonomy (supermarket shopping, mail posting, outdoor orientation). Based on virtual technologies, it addresses the two components of rehabilitation: assessment and therapy.

This research project was funded by the ANR-TecSan programme and was approved by the Images et Réseaux cluster. It also received the ACM SIGGRAPH Emerging Technologies award and was invited for a presentation at the SIGGRAPH show in California-USA.

Health is a major area of development for our college. In Laval we are convinced that virtual technologies have an important role to play in this field. The projects presented above are only a glimpse of what virtual technologies can bring to the field of health and its many components (awareness, rehabilitation, surgery, training, diagnosis, …). More generally, the virtualization of health care tasks can improve playability, control, repeatability, savings, adaptation, security, evaluation, and so on.

Our primary objective is to support healthcare professionals in the design of VR systems focused on end users (professionals and patients), in order to best adapt to their needs. 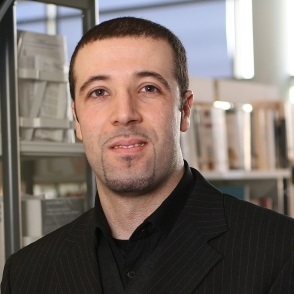 Doctor of Computer Science, specialied in virtual technologies. I am currently a Research Engineer at the Ecole Nationale Supérieure d'Arts et Métiers (ENSAM) in Laval. My research work focuses on the contributions of virtual technologies (VR, AR, ...) in different fields of application. Notably in product design to meet the needs of design and decision support. But also in health, for the management of human dysfunctions, thus meeting needs in terms of awareness and rehabilitation.