Will we soon enter the era of immersive augmented reality marketing?

With the development of immersive technologies and particularly augmented reality, marketing techniques are being turned upside down. Those emerging technologies are a new playground and an innovative support to send information. It’s an opportunity for media companies, which are more and more looking for relevance. Michel Ruiz, CEO of KaviAR Tech, shares his vision on the next merger between media and augmented reality.

A content in augmented reality has a significantly higher impact than a traditional display. The user is not simply a spectator, but he becomes an actor of the experience. This is what we call today the “story living”. Welcome to the era of immersive marketing. What if everything became simpler to get a message across? Without barriers, friction and resistance to the information flow. That’s the challenge of augmented reality tomorrow and today as well.

The key is easy, it’s called “setting the context”. Today, if I need any information, I ask my question in a browser with my smartphone or I make a voice request. By doing this, I’m entering a mediatic and commercial ecosystem where I become a potential client surrounded by Google Ads algorithms.

But nothing is better than “setting the context”. If as for an information, it’s because I need that information at a specific moment in a specific place. When you are walking around a hospital or on a train platform, there are information signs everywhere around you. In fine, you can see the informative elements by looking up or following the signs on the ground.

By reducing the user’s cognitive load, augmented reality makes comprehension and decision-making easier. The right information (updated in the cloud) overlaid in my visual field in context at the right time and in the right place can revolutionize the consumer’s attentional bias. It is no longer the user who seeks information, but the information that comes to him in the air.

What if the air around us became the first media support? It’s the wonderful challenge of augmented reality. Media support means media sales. Air is definitely for sale when it comes to construction. Did you know that the air above New York City’s buildings can be bought and sold? Because it’s an area that property owners have the right to use.

The legal concept specified by the terms “air laws” goes back to Ancient Rome, when this Latin expression was used: “from Heaven to Hell”. It became part of British common law in the 18th century, but was not of interest to anyone until the 20th century, when aviation brought about major change by limiting its use to 150 meters above the buildings.

What is at stake is colossal. As soon as the information leaves the traditional browsers of our smartphones to go directly into our environment, the world around us will become a giant media control room. Uses are infinite and concern all of society’s business verticals.

Considering how long we’ve been talking about it, we’ve known that extension of uses lies in “hands-free” hardware, limiting friction by placing information directly in the users’ field of vision: the famous AR glasses (which are at the center of a fratricidal war within GAFAM) then lenses.

The web of tomorrow

When we talk about AR at KaviarAR Tech, we talk about the web of tomorrow. We consider that the augmented reality revolution will be similar or even superior to the web revolution that we’ve experienced in the previous millenium.

From then on, the challenge lies in the creation and diffusion of AR contents: a good content, to the right person, at the right moment and in the right place. Integrated technologies, geolocation, sensors and cameras make this concept easy to implement and particularly adapted to the highest standards of the new society and its consumers.

This communication free of certain physical constraints will have to fit into a legal framework with a legal, social, urban, spatial and architectural approach. In short, welcome in the future winding of a new normative inflation, but especially to the new jobs: AR Content Production, AR Diffusion, AR Statistics, AR Marketing. Let’s face it, AiR vendors are coming. It’s the mediAR era. 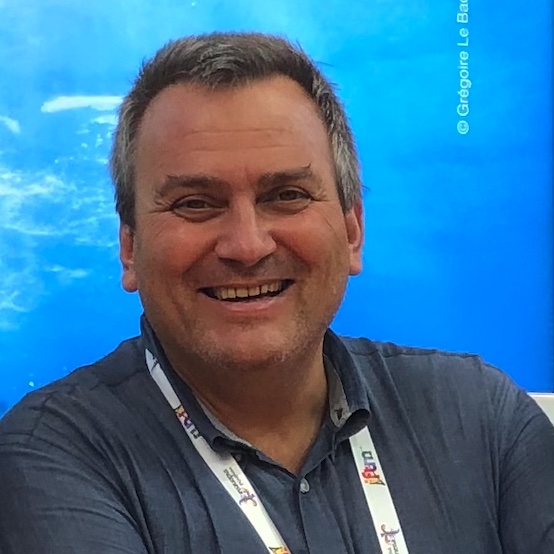 Michel Ruiz is a digital marketing expert. After many years of experiences in the tourism and e-commerce domains, he specialized in Augmented Reality and cofounded Kaviar Tech. Passionate about new technologies, innovation and new uses, Michel Ruiz has a Master's degree in digital marketing and is also a quality auditor and pedagogical consultant.

Worth reading...
Synergiz created the LEGO application to upgrade products