The Iconik studio explores virtual reality but also emotions capture of the users.

Iconik is a French independant studio producing VR/AR video games. Through exclusive immersive experience, Iconik tells unique stories. The studio prefers interactions and sensory devices to immerge the users. Iconik is soon releasing a futuristic-looking multiplayer ping pong game. Portrait of this studio which put hybridation at the heart of the creation process.

Located at the seaside in the South of France, the studio Iconik is seen as the specialist of hybridation between technology and media. Iconik creates immersive experiences, by placing the person at the center of the experience, favouring its sensory perception, while playing with the body position in the space. The studio relies on new innovative technologies: Virtual Reality, Augmented Reality, Haptic Devices, Procedural Sounds…

Iconik’s teams wants to stimulate all the senses of the player: “The movement of the player’s body and the cooperation are at the heart of our game mechanics. In these spectacular universes, we play with emotions by using for instance the players’ biometric data.“

Those sensory effects are used in several video games created by the studio, such as WW1 Line of Fire. This multiplayer virtual reality game puts us in the hell of the Great War, the goal being to try to survive in the chaos of the trenches. To reproduce the realism of a battlefield, Iconik added vibrors that go off at every explosion, giving the impression to be at the center of the attack.

WW1 Line of Fire is one the original licences produced by the studio, it perfectly illustrates the teams’ work and researches to immerse the player in a complete and unique experience.

To go further in the immersion, Iconik engaged a research work on emotions capture in users. “Thanks to a partnership with the CEA tech et the support of the BPI, Iconik created the Emotion Capture©.” This system can measure emotions in real time thanks to skin sensors. Four electronic devices are able to detect every emotion, identify it (if it’s positive or negative) and its intensity. Emotion Capture© also detects stress, fear, focus, calm, sleep and boredom.

The Emotion Capture© technologie was used the video game Mutations at Geekopolis, an entertainment establishment in Paris. During a game, the devices collect the player’s emotions. They influence the power of its weapon. Today, Iconik uses mostly this technology in the entertainment field, but the studio can provide it as a proof of concept. Biometric and emotional data is a strong indicator on the user experience.

“Our passionated team is skillful. A melting-pot of gamers, technicians, developers, creators, artists and communicators for the conception and development of unique experiences. To offer even more complete experiences, we have developed collaborations with renowned professionals.”
Nicolas Romain, founder of Iconik

Among those renowned professionals, Patrice Garcia, Artistique Director who worked for famous French movies such as Arthur and the Invisibles, The Fifth Element and Valerian. Patrice Garcia worked as Artistique Co-Director on two licenses at Iconik.

Apart from video games and location-based virtual reality experiences, Iconik also works on branding transformation for companies. Thanks to immersive technologies, the studio offers innovation communication and promotion tools. The produced contents can be used for professional events, communication campaigns and training. 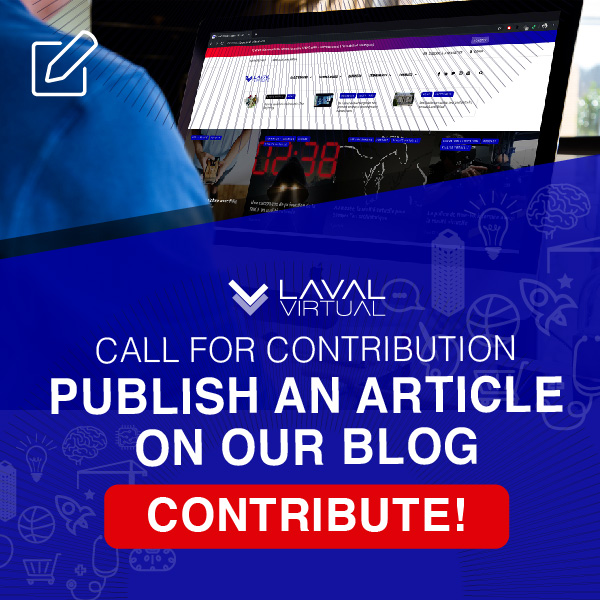 Worth reading...
Christophe Chartier, co-founder of Immersion: from Bordeaux to Singapore