Léa Dedola & Katia Morel, laureates of the cross-residency by Stereolux 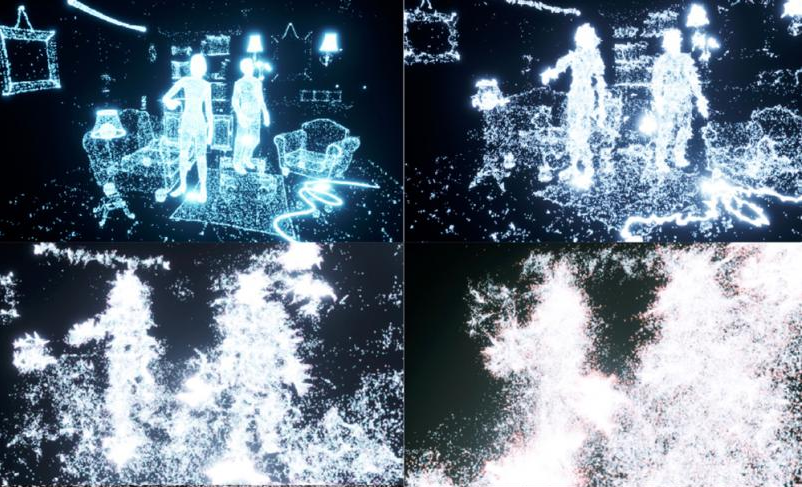 During the last edition of the digital art festival Recto VRso, the laureates of the cross residency in partnership with Stereolux were announced. The theme of this artistic residency is “Virtual environment” and offers three moments of residency in Nantes and at the Laval Virtual, international hub of virtual and augmented reality in Laval (Mayenne, France).

An artistic residency around immersive technologies

By partnering with Recto VRso and therefore Laval Virtual, Stereolux wanted to create an innovating programme of artistic residency. The two entities have been linked for several years, Cedric Huchet, programmer of Stereolux, being a part of the jury. The Nantes-based structure also organizes Scopitone, a festival dedicated to electronic cultures and digital arts. Each year, the pluridisciplinary event gathers about 30,000 visitors.

The goal of the cross residency by Stereolux and Laval Virtual is to mix virtual reality and art. For many years, art has becoming an artistic medium on its own. Every year since 2018, the digital art festival Recto VRso is trying to highlight all the new forms of hybridisation mixing artistic disciplines and new technologies. The objective of this residency is then to offer an artist a time and a place to work on a the conception of a digital art project while receiving advice from virtual reality experts.

For this first cross residency, Stereolux and Laval Virtual have chosen a theme that echoes current context: “Virtual environment“. With the global pandemic and the repeated lockdowns, artists had to think about new ways to create, exhibit and distribute. Virtual environments have become their favourite artistic terrain.

The laureates of this residency were announced at the end of the Recto VRso festival: Léa Dedola and Katia Morel. Léa is a Game Designer, Researcher and Producer. She is currently preparing a thesis at the University Lyon II called “Artistic creation in virtual reality“. Katia is an Artist, specialist of 3D, trained at the Beaux-Arts de Lyon “They will work a project called Quand le cœur se serre, implying that virtual reality is not alien to the concept of emotion, quite the contrary.” (source: Stereolux).

The two artists will benefit from three different times of residency: from May31st to June 4th at Stereolux ; from June 14th to June 18th at the Laval Virtual Center, to discuss with immersive technologies experts and get access to advanced equipment ; from June 21st to June 25th at Stereolux. Their work will be presented during the physical edition of Recto VRso festival on July 7-11, 2021.