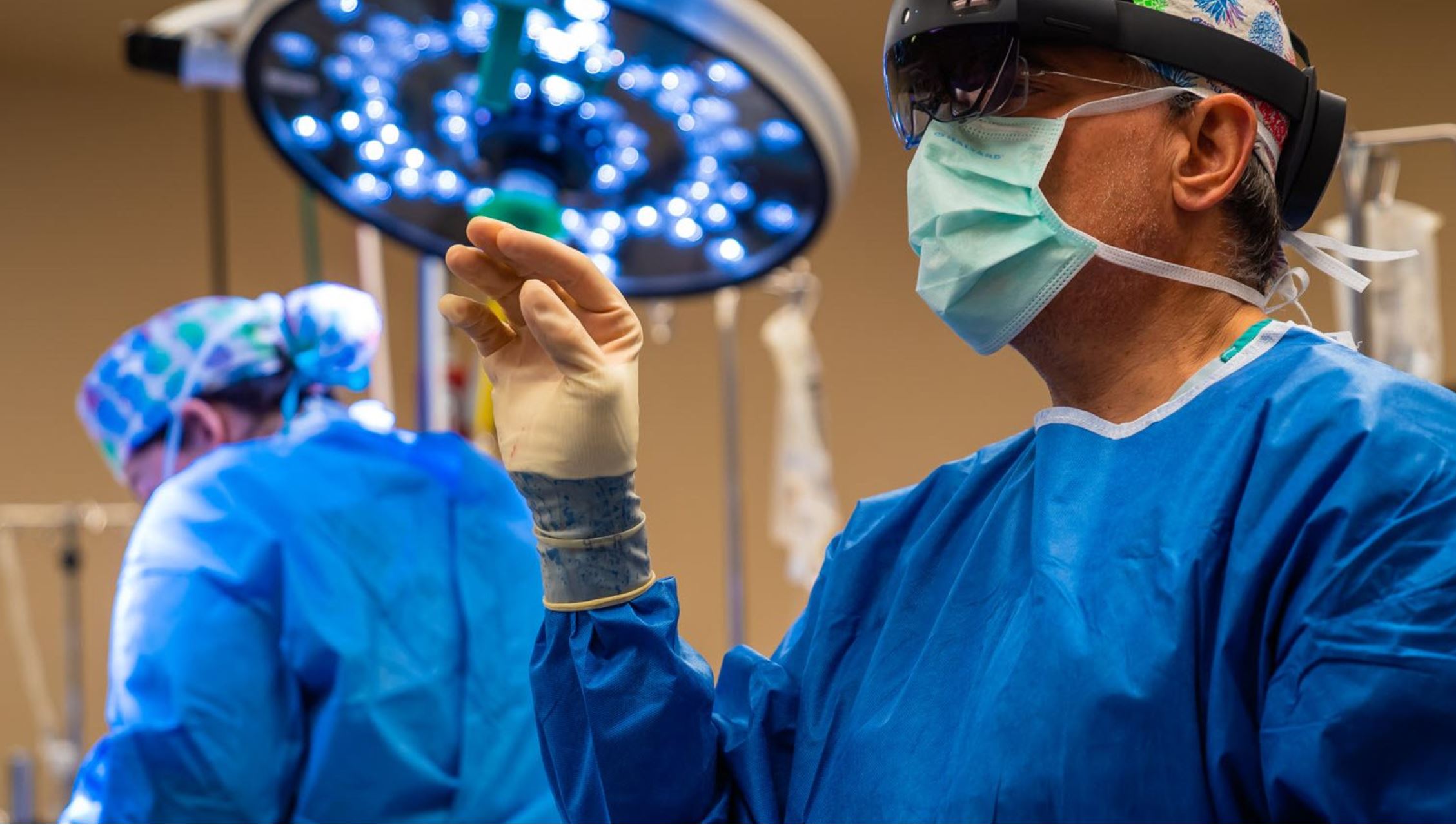 Microsoft organized a 24-hour live on healthcare and augmented reality.

On February 10, Microsoft embarked on an extraordinary adventure: to conduct 12 surgical operations in augmented reality during 24 hours. For this, they used HoloLens 2 headsets. The operations took place in the Avicennes AP-HP Hospital in Bobigny, near Paris, France.

Its was an event in an event: on February 9-10, Microsoft organized a 24-hour live on healthcare and augmented reality. The American company has set itself a challenge: to conduct 12 surgical operations in augmented reality, with several doctors, during 24h.

In parallel with this holographic operations, Microsoft offered a rich conference programme. 70 international speakers (surgeons, doctors, VR/AR experts) took part in 15 roundtables and 20 live interviews. The online event gathered 15,000+ spectators behind their screen. Visitors and in guests came from 130 countries from all over the world!

A worldwide premiere and a global event

During the 12 holographic surgical operations, doctors from all over the world took turns. For each operation, several surgeons remotely supported the surgeon operating in France, Morocco, India, Belgium… One of the operations gathered Franch, South-African, Brazilian and Belgian surgeons. HoloLens 2 augmented reality headsets facilitated their collaboration. Doctors were able to give their advice thanks to holograms accessible in real-time giving information about the patient.

This world premiere was managed by a French doctor, Dr Thomas Grégory, Head of the orthopaedic and traumatological surgery department at Avicenne hospital. He had already made a name for himself in this field, having completed the world’s first augmented reality operation in 2017.

Augmented reality and surgery: what potential?

Microsoft’s event demonstrates once again the potential of augmented reality in the healthcare field. The 12 surgical operations conducted from around the world demonstrated the power of immersive technologies for collaboration. In this time of pandemic, working remotely has become a habit for everyone. But the benefits extend far beyond this particular context.

Where augmented reality can be of great help is in training. Hologram technology will enable doctors in countries where medical expertise in a field is less developed to call upon a specialist who will advise them remotely. It is also a chance for surgeons all over the world to benefit from the assistance of colleagues during rare operations that they are not used to performing.

Recently, on the occasion of the conference on “Major trends in e-health in 2021“, a new project combining augmented reality and surgery was unveiled. At the UZ Brussels hospital in Brussels, two doctors are using HoloLens headsets to see the patients’ skulls using 3D representations. This allows them to observe and analyse a brain tumour very precisely, which will help them with the operation. Augmented reality has therefore not finished being a support for the surgical field.