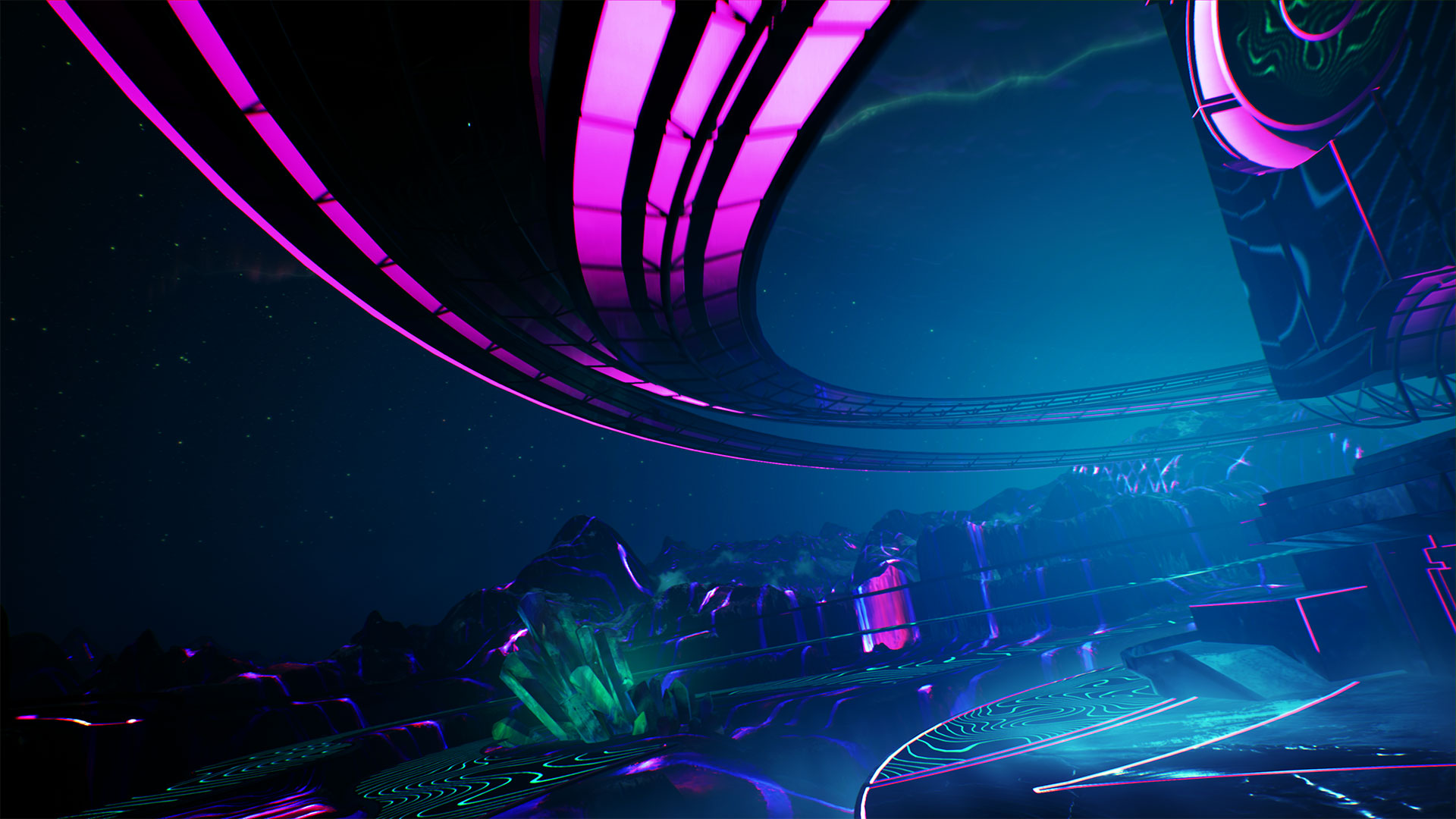 The PRIMS virtual world will offer new creative experiences for artists and users.

Sensorium, the founding company of Sensorium Galaxy, a virtual reality social platform, has collaborated with French musician Jean-Michel Jarre. Together they imagine a future of music and performance where artists create more immersive narratives and build a special relationship with their fans. In this blog post, Alisa Sokolova, Public Relations Manager, summarised the key messages of the partnership announcement, shared during the world’s largest tech event: the Web Summit. Sensorium will be present at VRDays 2021 in the Laval Virtual World to present this new collaboration.

The father of electronic music Jean Michel Jarre announced plans to co-create a virtual world and VR-shows within the Sensorium Galaxy metaverse at the Web Summit 2021 in Lisbon. The Guinness record-holding musician will be sound engineering Motion, a virtual world dedicated to mindfulness, building an immersive sonic environment that conveys a sense of presence through highly engaging visuals and sound.

Jean-Michel Jarre, whose latest VR performance gained over 75 million views, had taken the stage together with Sensorium’s Deputy CEO Sasha Tityanko to share their vision for VR as a new form of art, and discuss how creators can leverage virtual reality for new types of content free of physical constraints.

VR today is a blank canvas

In the real world the creators have to obey the laws of physics. Audience doesn’t float around the stage free of gravity, the painting remains on the canvas, and music doesn’t affect the weather at the open-air festival. With virtual reality,old rules no longer apply, and imagination becomes the only limit.

Working hand in hand with tech companies, greatest creative minds can for the first time since the invention of cinema create from the first principle. Developers, artists, directors, musicians, producers, and storytellers need to come together to find the narratives for the new medium, combine them with breathtaking visuals and compelling sound to open up the potential of the new technology. In Sensorium Galaxy, Jean-Michhel Jarre, as well as other artists, who have joined the platform, including Armin Van Buren and David Guetta, will take advantage of these possibilities creating multidimensional VR environments and shows straight from their imagination.

Although metaverse is becoming a buzzword, only a few people realize what its key component is. The realization starts with understanding what’s wrong with social media today. People are starting to feel like for Facebook, Instagram, and other platforms, they’re just products, or spectators rather than actors, and, creators. That’s why the younger crowd tends to abandon these social networks increasingly more. On the contrary, virtual reality, and metaverses will offer the feeling of presence, the nudge to act and co-create, not just scroll, through other people’s polished experiences. Next generation social platforms will put users at the center of their own narratives, leaving their role of silent spectators behind in history.

Partnership between Sensorium and Jean-Michel Jarre aims to set an example of how tech companies and artists can work together hand in hand to bring to life new online social experiences centered around shared adventures and multidimensional narratives.

The major difference between VR and other artforms, like a movie, books or songs, is that the former have linear narratives. Imagine you watch a movie with a friend. At the end of the day, both of you will see the same thing: the same plot and the same creative treatment. Regardless of the number of times you watch it, the storyline won’t change. There is a set-narrative pre-chosen by anyone but you: the film’s screenwriter, director and producer.

On the contrary, VR is non-linear. Users can have thousands of narratives, within the same event, that unfold depending on the choices they make. Anyone joining the experience, becomes a part of the creative process following his own story and personal journey. It allows artists to come up with as many narrative alternatives as they want, making the experience of each user truly unique. As a result, even if you watch the same VR-show multiple times, each viewing will be totally different. In Sensorium it means not only experiencing a concert from a different angle, but also influencing it, transforming the decor and having new creative encounters. In other words, VR makes an ideal environment for the emergence of new narratives, as a product of the artist-fan interactions.

Virtual reality helps to diminish the fourth wall between an artist and his fans. In VR concert-goers can approach the artists as close as they like and share with them the experiences in 3D in the same virtual space. Already today increasingly more celebrities embrace direct communications with their fans via live streams on Instagram and other channels. VR will take this a step further. As Jean-Michel explained to Web Summit’s guests: “In VR I would be able to have meaningful interactions with the audience, not one-way communication, when I talk and others can only react, with emojis, or short comments”.

All of the above is impossible without a carefully designed environment. Immersion is the key. But when people talk about it, they tend to mainly refer to visuals. Yet, the sound is not less important. As Quentin Tarantino once said, it makes 50% of a movie. In VR its role might be even higher. In virtual worlds with their immersive, ever-changing environments, stereo or mono sounds look too primitive and out of space. To accompany multidimensional visuals artists are encouraged to experiment and create ambi sonic, binaural, multi-channel sounds. Jarre believes that very soon “stereo will become something that mono was for our grandparents: a sort of a gramophone of the 21st century”. “I hope musicians will take advantage of this new medium and techniques that come with it. Newcomers and emerging artists should be thinking of creating with these binaural, multi-channel sounds”, he explains.

Providing environment for collaborations with AI

Virtual spaces also become lullabies for straight out-of-the-sci-fi creative collaborations. For instance, a conjoint performance of an artist and AI-driven virtual DJs, pioneered by Sensorium. “AI is going to be the biggest revolution for our society and for artists like us. Having a digital version of myself, or another, AI-driven DJ, performing next to me, in VR, is as magical as technology gets”, shares the excitement Jean-Michel Jarre. The musician doesn’t agree with the dystopian vision of the future where virtual DJs and AI would bring real musicians to an end. Instead he sees it a great tool to augment creative possibilities.

VR plays the role of an equalizer. Clearly, art should be for everyone, however, today millions of people are still kept out of many experiences. The real world has so many barriers: like stages at theatres, stairs at the museums or large crowds at concerts. Not to mention the “getting there” element to attend an event (driving, taking the metro or a plane). VR is a major leap forward for accessibility. It allows someone, who is isolated geographically, socially, or due to a handicap, to be a part of the event at the same time as other participants. It democratizes entertainment.

On the other hand, anyone in a virtual world is free to be whoever they want. You can pick an avatar, or virtual alter ego and live out the life you always dreamed of. Young and handsome, mature and wise, alien-like – whatever reflects your inner world or mood. It’s not about hiding behind a virtual facade, but actually becoming the person you always wanted to be. This enables the escape from social labels. We can connect with others based on who we truly are, without being judged by other looks, social status or perceived income. 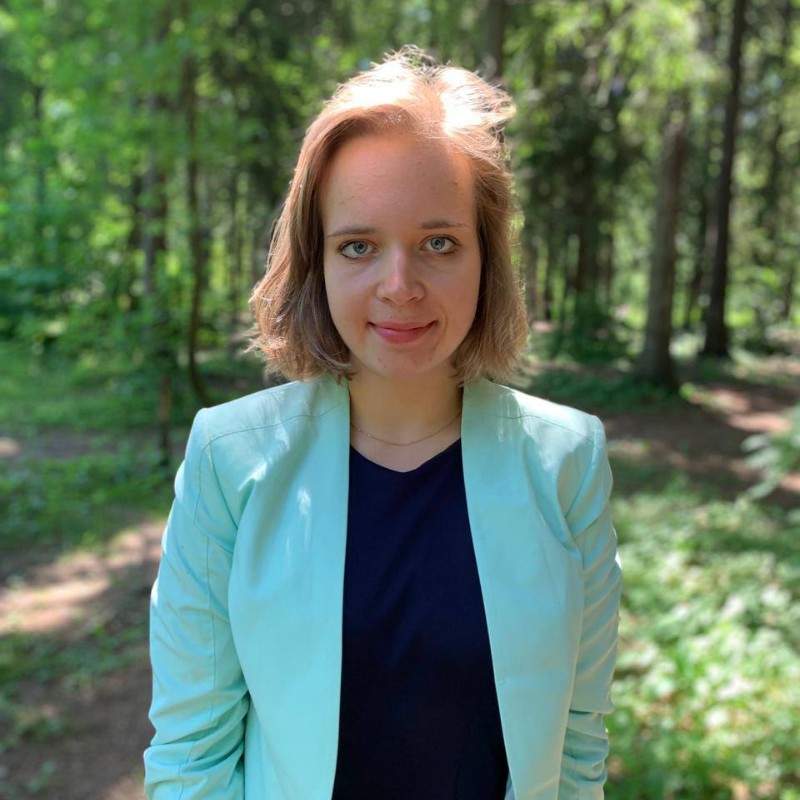 Working in communications team at Sensorium Galaxy, Alisa can talk for hours about the most thrilling abbreviations - VR, AR and AI.

Worth reading...
Virtual reality, the futur of artistic collaboration