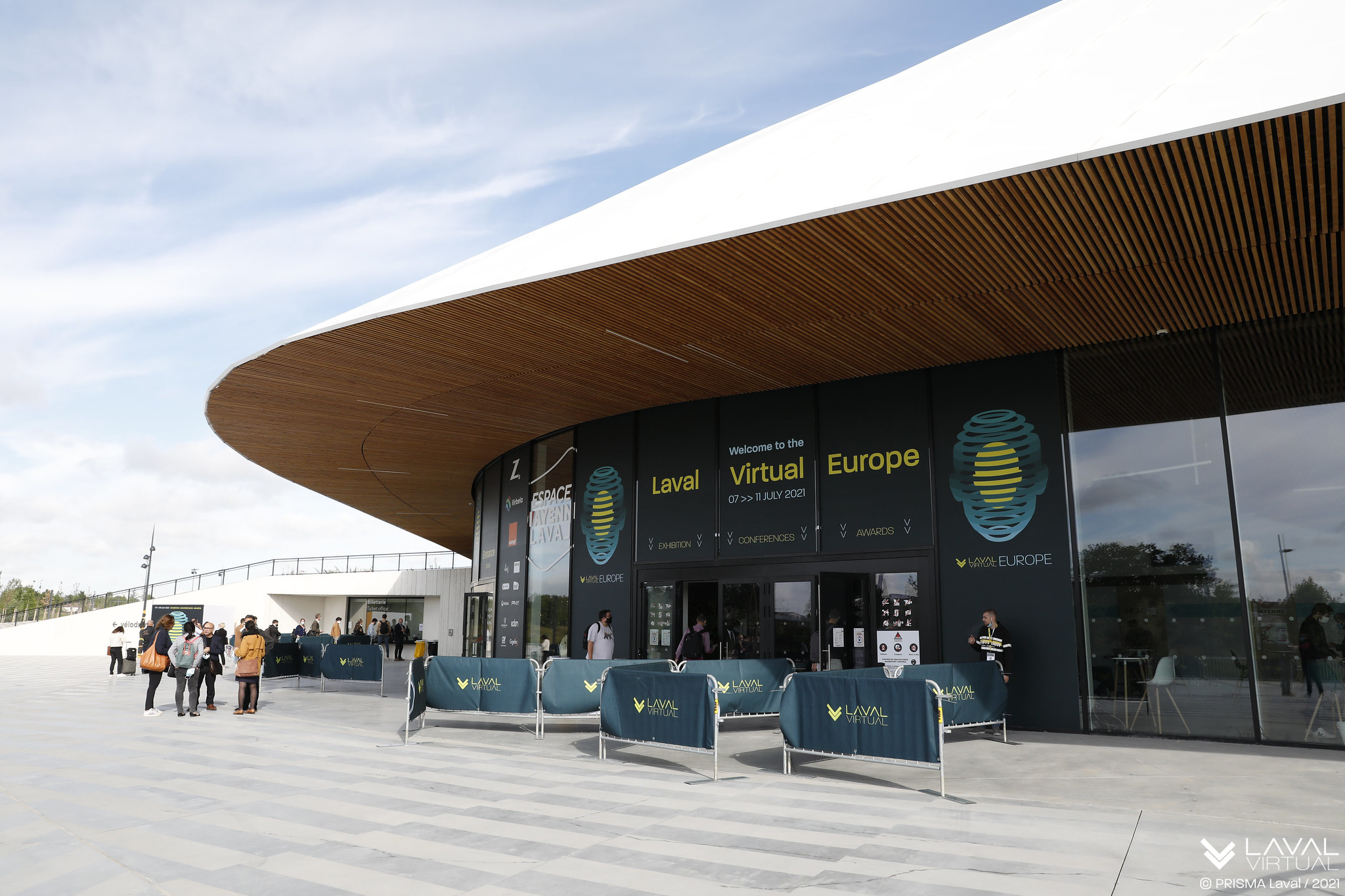 The 23rd edition of the Laval Virtual exhibition was held in Laval.

Two weeks ago, the doors of the Laval Virtual exhibition were closing. The 2021 edition was full of surprises and emotions. Above all, it was an edition of reunion and renaissance. In the middle of a health crisis, what a joy to be able to organize a physical event again! Here is the story of an organization full of upheavals.

2019 is the year when the city of Laval hosted the Laval Virtual Europe exhibition for the last time. This 21st edition was a great success, with more than 300 exhibitors, 150 speakers and no less than 18,000 visitors on the professional and general public days. It is with this enthusiasm that the whole team was already preparing for the 22nd edition in 2020.

That was until Covid-19, which turned the whole world upside down. In March 2020, a month and a half before its event was scheduled, the Laval Virtual team was forced to cancel its 22nd edition. A hard blow for all the collaborators, who work all year long to organize the best event for its community.

However, despite this disappointment, Laval Virtual did not give up. The team took on a major challenge: to virtualize its entire event in one month. The challenge became a reality! On April 22, 2020, Laurent Chrétien, CEO of the association, declared the 22nd edition of the exhibition open in the virtual world of Laval Virtual World. 11,200 curious people had registered to discover this new event.

The year 2021: surprises, twists and hopes

After this particular edition, Laval Virtual continued its trend of virtual events. The recurring Laval Virtual Days were immediately virtualized, allowing an international audience to attend. There was also VRDays Europe, with live streaming of conferences, an exhibition space in the Laval Virtual World, and a selection of immersive experiences available on Steam worldwide.

Even if the virtual and hybrid have become important words in the life of the association, leading to the creation of the department Komodal, the first operator of virtual events, the perspective and desire to organize the 23rd edition in physical form quickly emerged in the minds. The Laval Virtual exhibition is above all a meeting point for the international VR/AR community.

Once again, the path has been tortuous. First scheduled for April 14-16, 2021, the 23rd edition of Laval Virtual had to be postponed to July, as the health crisis continued to get worse. Between the two dates, uncertainties about the event’s location emerged, as the exhibition’s traditional venue turned into a giant vaccination center. But a wind of hope and opportunity swept away these ups and downs!

From July 7 to 9, the 23rd edition of Europe’s first VR/AR exhibition was physically held! A new location for a new edition full of surprises. Laval Virtual was able to benefit from the very recent opening of the Espace Mayenne, a brand new complex. Above all, this edition was a symbol of renaissance and reunion.

What a pleasure to be able to walk the aisles of the exhibition again, to meet the exhibitors, to chat with the visitors, to see hands exchanging business cards. It was a real pleasure to meet everyone, both physically and virtually. The Laval Virtual World presented and hosted international companies, allowing to connect the whole VR/AR community despite the health restrictions. The exhibition also welcomed an African delegation, a world first for a global XR event.

At the end of this 23rd edition, 5,000 visitors discovered more than 150 exhibitors, both physical and virtual, and attended 115 conferences on 16 topics given by more than 130 speakers from around the world. The networking evenings were moments of joy and emotion, like the sparkling LV Party and the prestigious Laval Virtual Awards ceremony that rewarded 14 projects.

Also, as every year for more than 20 years, the Laval Virtual exhibition highlighted emerging players in virtual and augmented reality. On its ReVolution pavilions, the event welcomed 48 avant-garde projects and innovative startups. Before the event, on July 5 and 6, 5 student teams competed in a 30-hour hackathon to develop an immersive application on the theme “The After World”.

The reunion with the general public

Of course, the Laval Virtual exhibition would not be the same without its general public part and its digital art festival, Recto VRso. In parallel to the event, Recto VRso showcased digital art works and experiences from July 7 to 11. Accessible to both professionals and the general public, the festival featured an exhibition at the Bateau-Lavoir, a unique venue in France; a physical restitution of online works following an international call for projects at the Musée-École de la Perrine; and the presentation of a Creative Jam in the magnificent Ambroise Paré chapel.

This year, we presented 30 artworks in physical, immersive and interactive devices in the three rooms of the Musée-École de la Perrine. There was also another space, the Research-Creation Lab, to show that art can also be in creation, in process, in research. We invited artists who proposed a performance for the opening of the exhibition.

The programming of Recto VRso was also part of the Laval Virtual Festival. New version of the public days, the Laval Virtual Festival offered 9 days around virtual reality, with 70 animations in more than 20 places in the town of Laval. A new format that seduced locals and tourists, gathering 6,000 visitors. The festival particularly highlighted Hado, a Japanese sport in augmented reality, which drew crowds at SCOMAM and Espace Mayenne.

Thank you to the 11,000 visitors who enjoyed all our events! Because this reunion has brought back strong emotions and intense moments, we are looking forward to welcoming back our exhibitors, speakers and visitors at the 24th edition of Laval Virtual from April 13 to 15, 2022. After testing a new format with the Laval Virtual Festival, investing in a new venue such as the Espace Mayenne, and experiencing the hybridization of a global event, it is time to confirm the success next year!

In the meantime, VRDays Europe will be an opportunity to dive deeper into innovation. From November 13 to 17, Immersive Tech Week offers 5 days around immersive technologies online and in Amsterdam, with partner events around the world! Again, a new format to open new doors in the sharing of knowledge and the encounter between all communities of the world.